Albert has been writing and producing music for over 20 years. Growing up in the Seattle area, he received his first guitar on his 12th birthday and began writing songs at age 14. It was around this same time he got involved with a high school youth ministry and became a Christian. Since those days in the late 1990’s the Lord has led Albert and his music through many journeys high and low. In 2004, while living in Santa Barbara, he released his first album with 10 original songs. He later studied production and songwriting at Berklee College of Music in Boston from 2006-2010, and in 2017 he released his second album: “The Cannonball Flight”.
Currently he lives on Long Island where he continues to write and share his music. He has led worship and performed at churches, colleges, and other venues across the country.

His songs are reflections from personal experience, intended to showcase God’s involvement in his life, often in contrast to his own shortcomings. He hopes his music will inspire both believers and non-believers to persevere in the pursuit of truth. 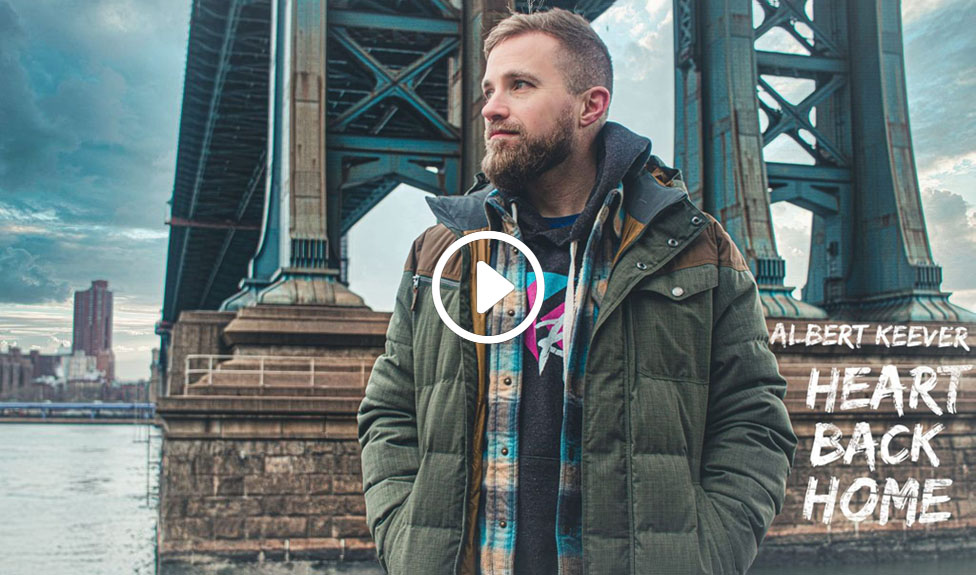 Heart Back Home” is a heart cry for more of Jesus. In a world full of distraction, temptation, and hype, our attention is so easily dragged away from the One who matters most. The nature of a drifting heart is that we don’t always perceive it when it’s happening, but the results can be catastrophic in the end. “Heart Back Home” is therefore a prayer, asking God to reveal what’s wrong in our hearts, and placing our confidence that He will lead us back into fellowship with Him.
Learn More